Hardware inside and outside of the ECU
Post Reply
47 posts

Another option for inter-module connection: pcb edge connectors (like PCI-E): 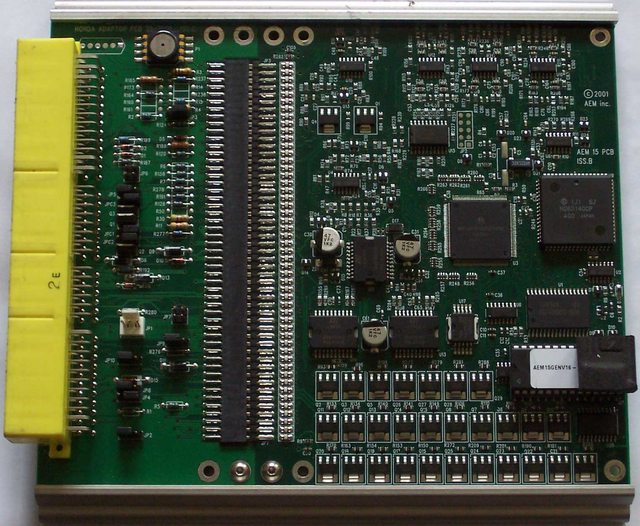 I have another DIY ECU, but I made it with a side mount internal adaptor PCB like the one above. I can run factory ECU plug, screw, etc, and probably even the MS Ampseal, without touching the ECU. It's just too versatile and compact to not be the best choice, and can make any unit PnP easily. You can even use the adaptor to directly solder wires to an single external connector that plugs to the OEM loom. Connector to connector, is easier and cheaper than connector to connector to wire to connector to connector.

Now the problems. Mine is a single row THT 90º header, and that makes it rather delicate so you have to plug in carefully. It gets bolted together after connection, so it ends up strong, but any lateral force bends/flexes it up. The other problem, like the pic above, is that there is wasted space in the butt connection. If I was doing it again I would use a std vertical header and and flip the adaptor PCB. This would cut length with the overlap, and still keep the height down. Hell you could put the header in the middle of the ECU PCB and have most of it overlapping, except for the actual plug, to make it even shorter.

I did buy a JAMA edge connector out of an arcade machine, but that has the extra length and extra height problem.
Top

Old Grey wrote: ↑
Mon Feb 04, 2019 5:18 am
If I was doing it again I would use a std vertical header and and flip the adaptor PCB. This would cut length with the overlap, and still keep the height down. Hell you could put the header in the middle of the ECU PCB and have most of it overlapping, except for the actual plug, to make it even shorter.

I think what you just said, was make a PCB which fits under or over the W## area of Frankenso. Then solder in a bunch of small header pins to connect it the two together. To help save space, the header pins do need to be in a straight line.

Also a picture is worth a thousand words. Even if it's paint or a picture of a napkin pencil sketch.

Another DIY ECU? Can or did you share it some where? Do you have pictures or similar? It's cool to hear about other efforts.
Welcome to the friendlier side of internet crazy

I don't know if it is too unconventional to flip the adapter and ECU connector, but mine is kind-of like this.

I also don't know if there is extra tall headers.

I was also thinking of a half hole castellated adapter module with the ECU connector, like a HC05 on it's PCB interface, soldered over a cutout on the main PCB. It doesn't add much height, but it does take up main PCB area.
Top

Small suggestion. You can flip it in the enclosure, so it does not need to flip the harness externally. You can install the connector below the ECU PCB, instead of of top. AKA where it would normally sit, simply elevate it and put the connector below it. There are lots of ways it can be done. I might suggest modeling it in ohshape.com to make sure it all fits up as you might expect. See below slightly modified version of your picture. Also keep in mind typically components are populated on both top and bottom of the PCB. The PCB doesn't really have a top or bottom. It's all just for reference. We do tend to put larger / heavier stuff on one side. The light stuff can stay stuck to the PCB when run through a reflow oven. So we put heavy stuff on one side, such that the MFG populates the light side, then reflows it. Then populates the heavy side and re-reflow's it.

This extra tall header can get you started looking for an extra tall header.
https://octopart.com/9-146462-0-te+connectivity+%2F+amp-40535201?r=sp&s=E9qJkVC0TtCS6XS7vxIKAA
Welcome to the friendlier side of internet crazy

Just ordered https://github.com/rusefi/hw_modular/tree/master/NUCLEO144_wing at elecrow - will start a thread about it once I have the boards.
https://rusefi.com/s/howtocontribute
very limited telepathic abilities - please post logs & tunes where appropriate - http://rusefi.com/s/questions
my skype is arro239
Top

So https://github.com/rusefi/hw_modular is the new home for breakout board following the 22mm Manhattan style.

At the moment I can really used some KiCad help with https://github.com/rusefi/hw_modular/tree/master/TLE7209_or_MC33186_H-Bridge_Breakout - please let me know if you have KiCad 4 skills or time to learn or $ to just pay someone to make it.
https://rusefi.com/s/howtocontribute
very limited telepathic abilities - please post logs & tunes where appropriate - http://rusefi.com/s/questions
my skype is arro239
Top 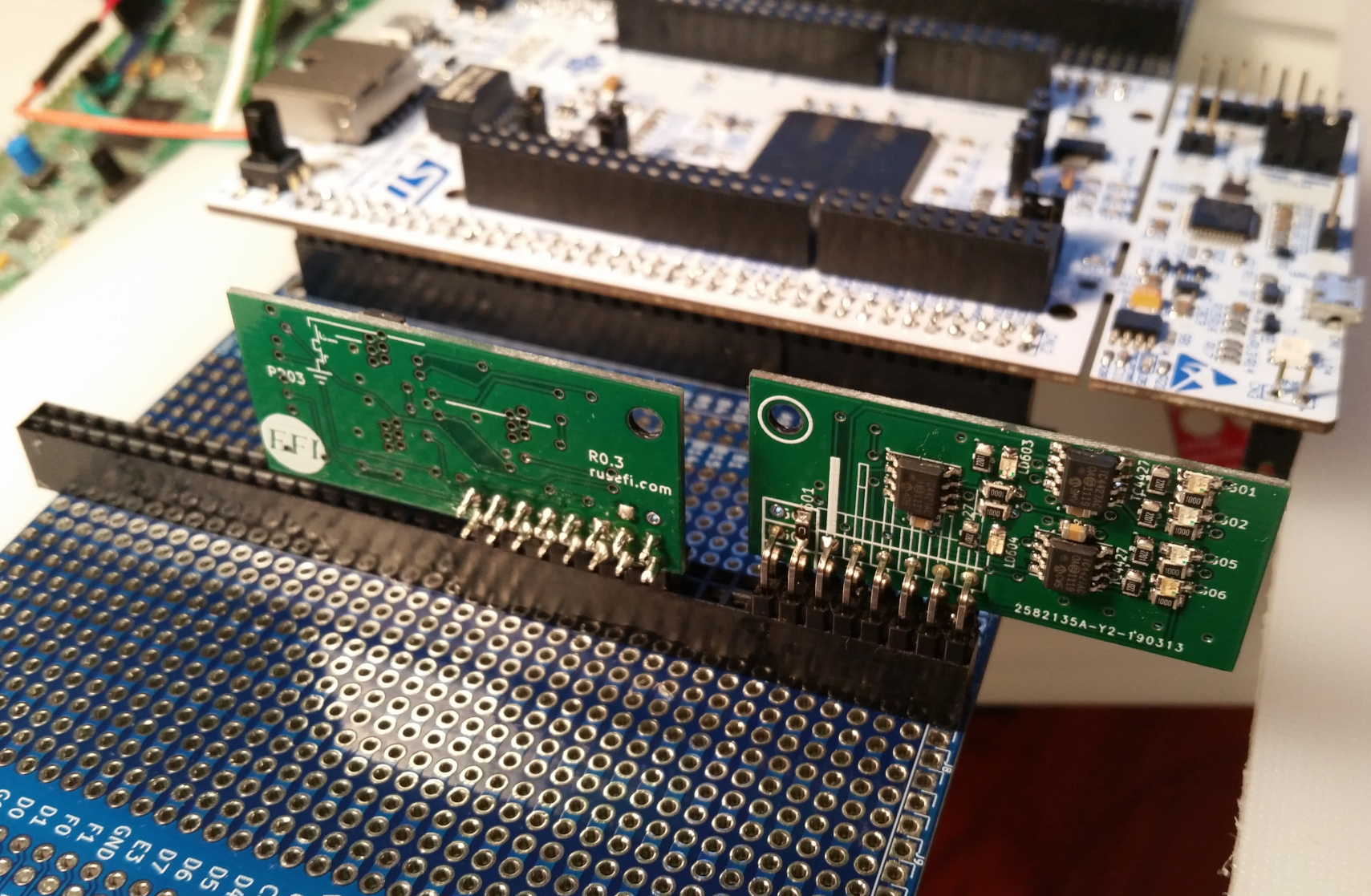 Finally moving forward with this approach It works either with a jumper wire, or with the proper diode properly mounted typos like "Regululator" are no reason to worry right?

This board uses dual-channel SO-8 driver which we are now using on a number of different designs. Actually at least three part numbers are interchangeable: