Hardware inside and outside of the ECU
Post Reply
53 posts

We have a draft https://github.com/rusefi/rusefi/tree/master/hardware/Breakout_60pin_EEC-IV-Connector


Drew is looking to rusEfi a Mustang V8. I've asked Drew to grab a couple of used ford eec iv ECUs and extract the connector for us to be able to make a breakout board.
https://rusefi.com/s/howtocontribute
very limited telepathic abilities - please post logs & tunes where appropriate - http://rusefi.com/s/questions
my skype is arro239
Top

Unless someone knows the proper part number for this connector and there is a drawing online somewhere?
https://rusefi.com/s/howtocontribute
very limited telepathic abilities - please post logs & tunes where appropriate - http://rusefi.com/s/questions
my skype is arro239
Top

This may be cheating, but the Megasquirt guys sell an adapter board and the connector:

stefanst wrote: ↑
Wed Mar 25, 2020 2:37 am
This may be cheating, but the Megasquirt guys sell an adapter board and the connector

Yep, we are looking to have our version of the same exact thing. Maybe a PnP Mustang one day as well

On the more application-oriented side: Are we keeping the TFI and distributor? Just using the vanes in the distributor to read position and do individual coils? Install a crank-sensor for improved resolution? Sooo many options....
Top

Hello, I've been a long time follower but just signed up.

I am also interested in the Ford 60 pin connector. I have desoldered several and measured them up. I have a dxf file that I think is fairly close. I have tested the fit by 3D printing a mockup "PCB" and the connector seems to fit quite well. I have been trying to build a custom footprint in KICAD and I am nearly done, but it is hard for me because I do not really know how to use KICAD.

I am definitely willing to share the file, I am just unsure how. I've got both the DXF and my attempt at a custom footprint for KICAD.
Top

Can you attach a .zip file here please? That would be pretty cool! There is good chance that someone would be able to either guide you or properly package it into our folder structure and make it into a breakout board.
https://rusefi.com/s/howtocontribute
very limited telepathic abilities - please post logs & tunes where appropriate - http://rusefi.com/s/questions
my skype is arro239
Top

My project is for a different Ford, but the connector is the same (not the pinout). My goal is to have a PCB that bolts in place of the original ECU PCB, and is compatible with the stock wiring harness.

is that a rusEfi project?

While microRusEfi is not an ideal module it looks like cooking an adapter board between microRusEfi and a large OEM is simple than designing a board from scratch, also helps by using a unified and relatively proven central piece.
https://rusefi.com/s/howtocontribute
very limited telepathic abilities - please post logs & tunes where appropriate - http://rusefi.com/s/questions
my skype is arro239
Top

Yes, my project is a rusEFI project. I have built several Frankenstein boards for testing and prototyping with. I would like to collapse it all down into one PCB once I have verified everything working.

One thing to note - I notice in the data of the kicad_mod file that the drill holes for the pins is 0.762mm. That will not work. My DXF has the holes at 1.6mm. I apologize for the error, like I said I am very new to KICAD and creating footprints. The DXF is accurate, but the kicad_mod file should be taken with a grain of salt.
Top

@firebat45 I like your way of saying hello. Good to see the contribution.

If you have any questions about KICAD, feel free to ask. I'd be happy to give you some pointers etc. I find that learning the keyboard shortcuts is really helpful.
Welcome to the friendlier side of internet crazy

Works better when you whack it against a tree, but I guess in NJ they don't like tree's. I see they cut down the one in your font walk way. So you did the best you could with what you had.
Welcome to the friendlier side of internet crazy

You can also bake the ECU in a toaster oven or real oven for 10 minutes or so at 400F - 450F and then just tap it upside down to have most components just fall off. No scorching or damage to the ECU connector. Some of the caps onboard the ECU will pop, so it's best to do it with a "garage" oven, not the one inside your house. Nasty fumes.
Top

Jim says the EEC-V plug uses 104 pins. At this point we have no one interested in the 104 pin breakout board.

The EEC-V is programmable in the first place, so unless you are doing something wild it can be reprogrammed to suit.

Tested out the footprint for the 60 pin, it worked beautifully. I changed the pads to 1.5mm (as I mentioned before) and renumbered the pads. The diagram I have from Ford actually shows the connector upside down, so instead of pin 1 being on the lower left it's actually top right.

This look cool, is this KiCad? Can I have the files?

Very nice! I keep trying to convince my brother to goo standalone on his 1990 V6 Ranger, maybe down the line I could cook up a plug and play solution for him with this adapter.
1962 Ford Falcon 5.0L V8 / T5
Top

Currently I’m brainstorming into making Plug-Play solution for the 1998-2003 Mazda Protegé. This cars have a Ford EEC-V ecu but they are hard to crack due to Mazda coding. Which led me to dive in the idea off using a micro rusefi ecu. Other guys have been able to use MegaSquirt and speeduino, but I want to make it happen with rusefi.
2003 Subaru Impreza
2000 Mazda Protegé
Top

I think this is the board that Andrey has been poking me about. Are you looking for just a board so you can solder wires to the ECU side of the connector?
Welcome to the friendlier side of internet crazy

Yes, basically a Ford 104 Break out board to try multiple setups on different cars before I'll try to design a full pug a play like the one for NA6 and early NA8 miatas.

Ohh, I can borrow a Ford Focus which might have it!!!
https://rusefi.com/s/howtocontribute
very limited telepathic abilities - please post logs & tunes where appropriate - http://rusefi.com/s/questions
my skype is arro239
Top

I found this in another forum. It might help in the development of something similar.

It is meant as an interface between Mazda built Fords and the official EEC-V (Ford ECU) breakout box. Basically it allowed Ford tools to be used with Mazda ECUs. Many Asian ECUs used the same 76 pin connector.

There are many ways to use it, but between cutting the wires, the Ford connector, and even desoldering and replacing wires the options are pretty limitless for those of us who refuse to cut our harnesses. 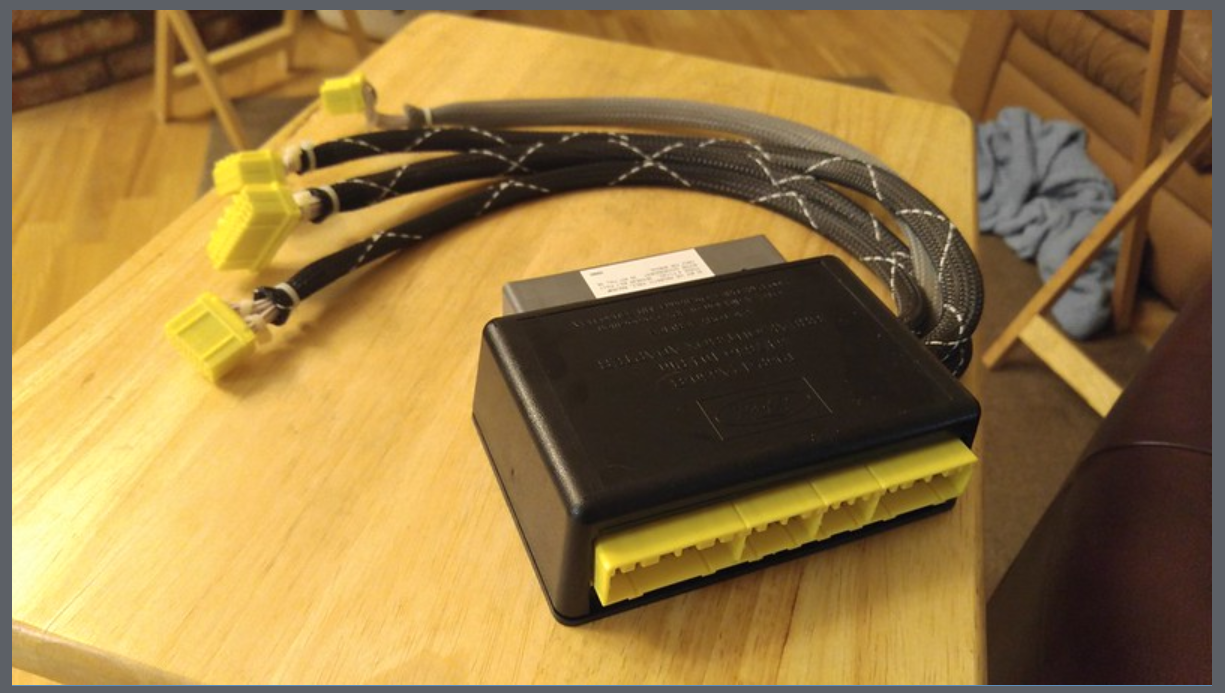 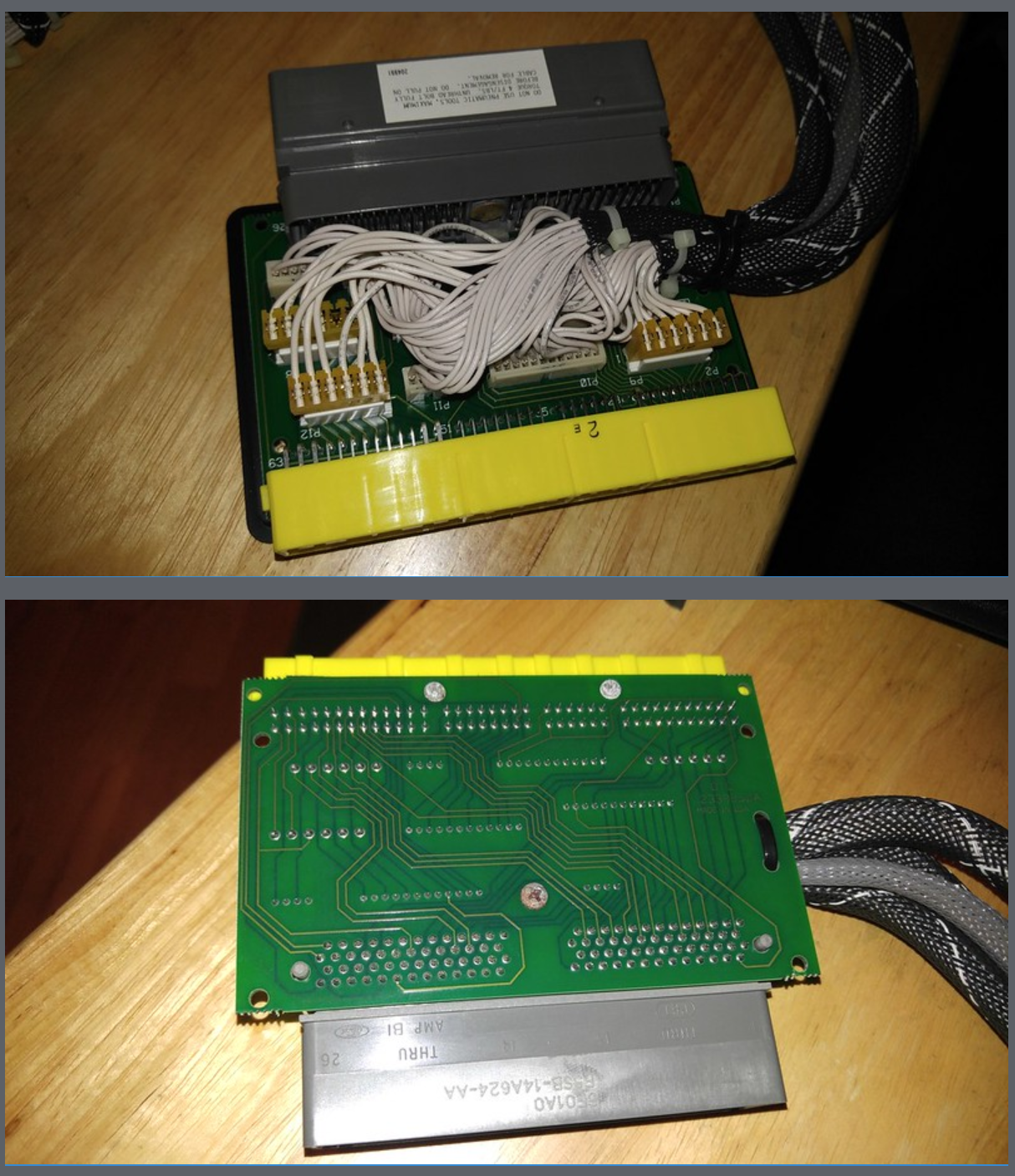 I've got a couple other project in font of me right now. Once I clear them I"m likely to make progress on the 60 pin.
Welcome to the friendlier side of internet crazy

I'm also interested in a 104-pin board. I've got a 1997 F-150, and the 96-97 ECUs are not reprogrammable so you have to keep a chip in them full time. If I'm going to tie up money in hardware to be able to tune, I'd rather invest in the future of rusEFI.
Someone mentioned making adapter boards for microRusEFI. This is a good idea, but I'm guessing there will be many more people with EECV PCMs that have v8s than 4 cylinders. Is there rusEFI ECU would be a good fit?
Top

Both are not _yet_ fabricated on a regular basis.
https://rusefi.com/s/howtocontribute
very limited telepathic abilities - please post logs & tunes where appropriate - http://rusefi.com/s/questions
my skype is arro239
Top

I wasn't sure whether Hellen had enough outputs for 8 cylinders, as the Wiki lists it as "TBD cylinders".
The connector layout for Proteus would make connecting to an adapter board more difficult, though doable. If Hellen can run a V8, that looks like a great option.
Top
Post Reply
53 posts